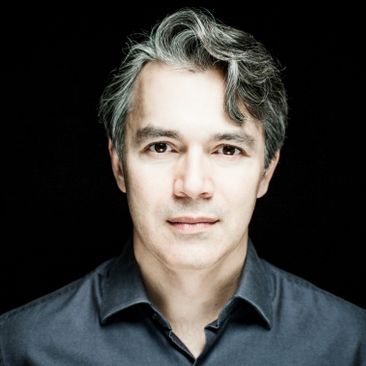 After receiving the Critics' Prize at the Tchaikovsky Competition in Moscow (1990), Pietro De Maria won 1st Prize in other prestigious internationalcompetitions such as the Dino Ciani-Teatro La Scala in Milan (1990), the Géza Anda in Zurich (1994) and the Mendelssohn in Hamburg (1997).

De Maria studied with Giorgio Vianello and Gino Gorini in Venice and with Maria Tipo in Geneva.

His repertory ranges from Bach to Ligeti and he is the first Italian pianist to have played Chopin’s complete piano works in six public concerts. More recently, he has been focusing on Bach, presenting both books of The WTC as well as the Goldberg Variations in his concerts.

He has recorded Chopin’s complete piano works, The WTCand the Goldberg Variations for Decca, receiving important acknowledgments from international publications such as Diapason, International Piano, MusicWeb-International and Pianiste. He is currently performing Beethoven’s complete Sonatas and Concertos.

Pietro De Maria is Academic of Santa Cecilia and teaches at the Mozarteum University in Salzburg and at the Academy of Music in Pinerolo.